Michael Diamreyan, a Johns Hopkins University undergraduate biophysics student with a Carnegie connection, has been awarded two prestigious research grants to further his independent investigations.  He is a member of Carnegie Embryology Director Yixian Zheng’s laboratory team, in collaboration with the department’s bioinformatician, Frederick Tan.

Diamreyan received an ASPIRE Grant (formerly called DURA grants), which recognizes “exceptional undergraduate students” from the Krieger School of Arts and Sciences at Johns Hopkins University (JHU) with funding for independent research projects. He was also named an Amgen Scholar, which supports undergraduate researchers from JHU and other universities in the arts and sciences, engineering, medical, and public health fields for a 10-week intensive research and professional networking program. 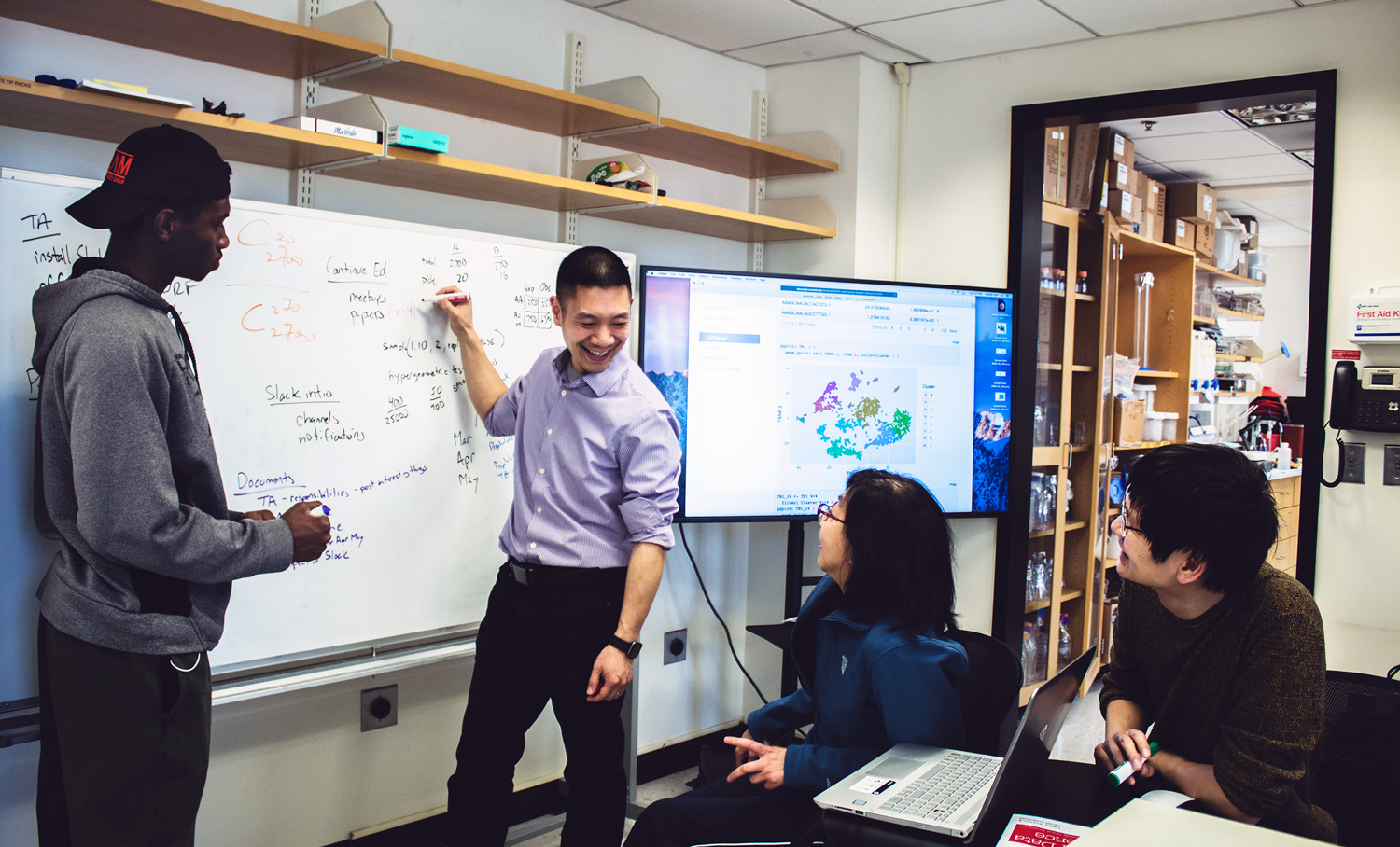 Diamreyan has been working with Tan and Carnegie Embryology postdoctoral fellow Minjie Hu to isolate DNA from aquarium-grown corals and their associated microbiome. These samples will be used for metagenomic analyses that will help the scientists understand the complexity of coral ecosystems and the conditions that influence gene expression in corals and their associated organisms in the laboratory setting.

“We are very proud of Michael’s dedication and confident that this additional support will greatly enhance his efforts in a cutting-edge scientific discipline,” Zheng said.