Knock knock. Who’s there? How coral let symbiotic algae in.

New work from a team of Carnegie cell, genomic, and developmental biologists solves a longstanding marine science mystery that could aid coral conservation. The researchers identified the type of cell that enables a soft coral to recognize and take up the photosynthetic algae with which it maintains a symbiotic relationship, as well as the genes responsible for this transaction.

Their breakthrough research is published in Nature.

Corals are marine invertebrates that build large exoskeletons from which reefs are constructed. But this architecture is only possible because of a mutually beneficial relationship between the coral and various species of single-celled algae called dinoflagellates that live inside individual coral cells.

“For years, researchers have been trying to determine the mechanism by which the coral host is able to recognize the algal species with which is compatible—as well as to reject other, less-desirable species—and then to ingest and maintain them in a symbiotic arrangement,” explained Carnegie Embryology Director Yixian Zheng who, with colleagues Chen-ming Fan, Minjie Hu, and Xiaobin Zheng, conducted this research. 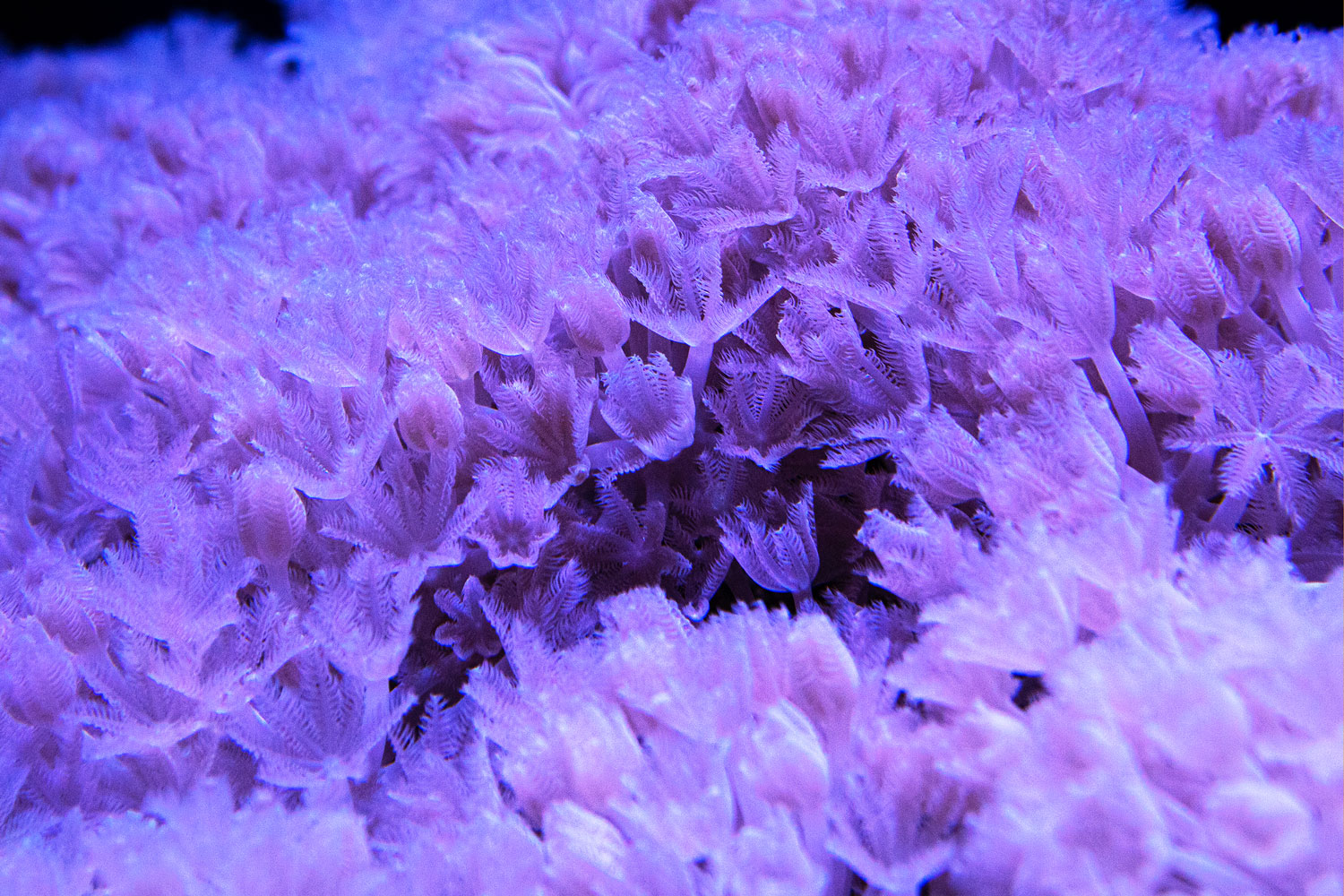 These dinoflagellates are photosynthetic, which means that, like plants, they can convert the Sun’s energy into chemical energy. An alga will share the sugars it synthesizes with its coral host, which in turn provides the alga with the inorganic carbon building blocks it needs, as well as phosphorous, nitrate, and sulfur.

“However, ocean warming due to climate change is causing many coral hosts to lose their algal tenants—along with the nutrients that they provide—a phenomenon called bleaching,” explained lead author Hu. “Without algae there to increase its food supply, the coral can die. This makes it particularly critical to understand the symbiotic mechanism now, as coral communities are increasingly jeopardized.”

Building on Carnegie biologists’ longstanding tradition of using a model organism approach to study complicated biological processes, the research team set out to use the pulsing, feathery, lavender-colored, soft coral Xenia to reveal the cell types and pathways that orchestrate the symbiotic relationship between a coral and its algae. This knowledge can then be applied to increase our understanding of other coral species and allow for further research into how these fragile ecosystems are threatened by warming oceans.

Applying a wide range of genomic, bioinformatic, and developmental biology tools, the researchers identified the type of cell that is required for the symbiotic relationship to occur. They discovered that it expresses a distinct set of genes, which enable it to identify, “swallow,” and maintain an alga in a specialized compartment, as well as to prevent the alga from being attacked by its immune system as a foreign invader. Furthermore, the researchers showed that the uptake process occurs over five stages, with stage three representing mature, alga-hosting cells, and stage one being pre-symbiotic-relationship and stage five being post-alga-expulsion. 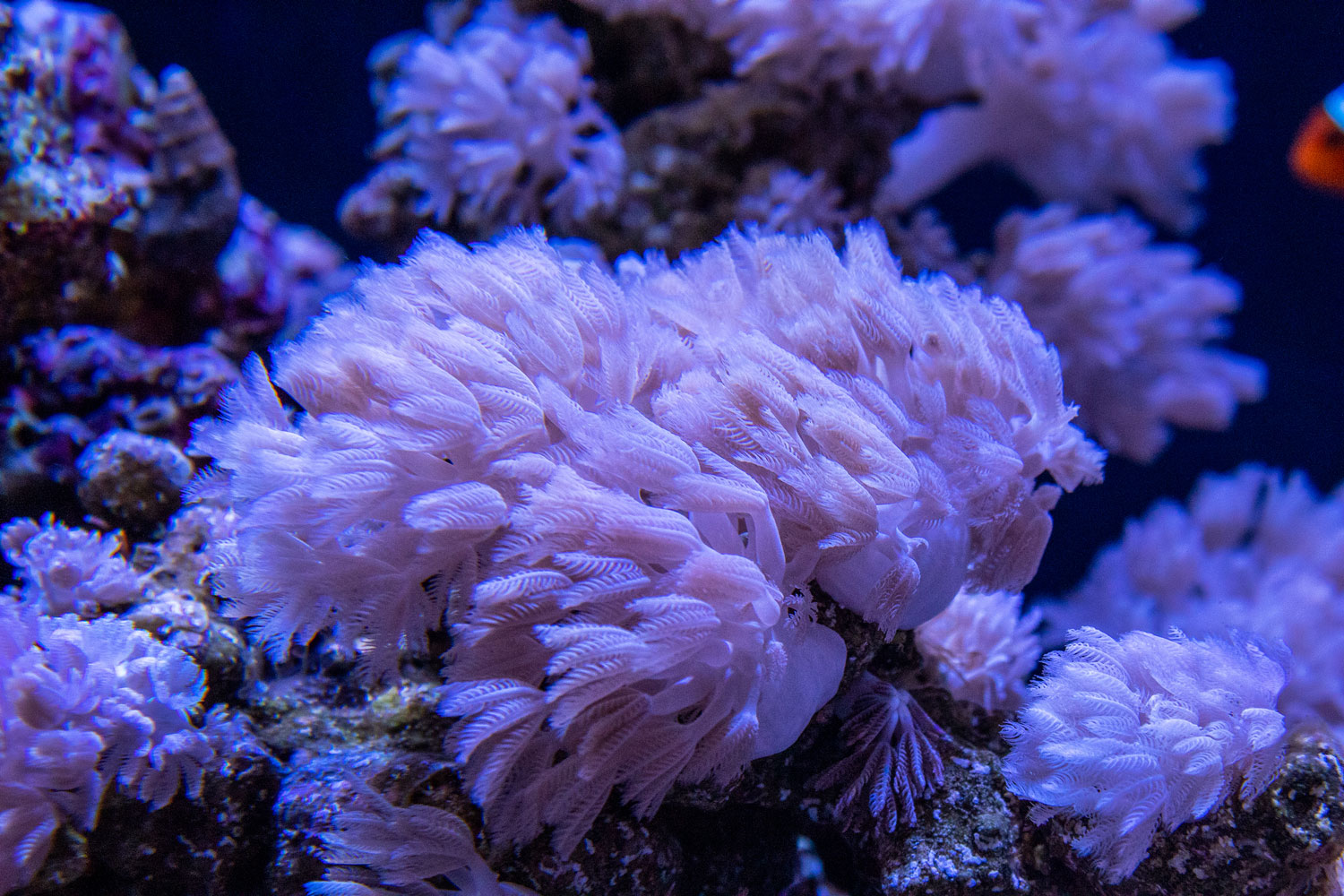 Looking ahead, the team wants to understand how environmental stress affects progression through the five stages, which stage is most crucial for recovery after a bleaching event, and the genes that function at each stage.

Earlier this year, Zheng was selected as one of 15 scientists awarded a grant from the Gordon and Betty Moore Foundation to support research on symbiosis in aquatic systems. The foundation launched its Symbiosis in Aquatic Systems Initiative last year. Current and emerging leaders in aquatic symbiosis research—as well as scientists who will apply their deep expertise from other areas of science to aquatic symbiosis—were selected from a competitive pool.